I write features and essays on the postindustrial midwest, food and community, feminism, social justice, urbanism, and (lately) Puerto Rico– and I have a soft spot for lost causes and idealists of many stripes. A representative sampling follows.

Puerto Rico’s new land-use zoning map strikes a nerve with fed-up citizens (PRI/The World, Sept. 6, 2019)
The latest in a series of reports on land use and property rights in Puerto Rico, this one on the proposed zoning map changes that have galvanized citizens in the wake of the #RickyRenuncia protests.

In Puerto Rico, Hurricane Dorian’s tropical winds blow up fear and frustration among residents (PRI/The World, Aug. 29, 2019)
While I was in Puerto Rico working on another story, Hurricane Dorian gave us all as care. I reported on the post-Maria PTS it triggered for The World.

Puerto Rico’s Vieques island ousted the U.S. navy. Now the fight’s against Airbnb.(PRI/The World, July 16, 2019)
One in a series of articles coauthored by myself, Isabel Dieppa, and Kari Lydersen, as part of a Pulitzer Center on Crisis Reporting grant we received to investigate property rights and land use in Puerto Rico. (For more, see this article, “Vibrant neighborhood or tourist magnet,” in Reuters Place.)

In the Shadow of Lincoln Yards: A $5 billion development threatens one of Chicago’s most beloved venues — and much more (The Baffler, January 23, 2019)
On the plan that would remake the near north side, the (ultimately failed) pushback it engendered, and the ever-elusive quest for authenticity, urbanism’s Holy Grail.

In the aftermath of Hurricane Maria, thousands of Puerto Ricans have sought refuge in Chicago. Here’s what one woman had to navigate to get her family settled. (Belt Magazine, Dec. 26, 2017; picked up by Longform, Jan. 2018)
In search of housing, schooling, and mental health: In-depth narrative reporting on one family’s journey from San Juan to Chicago in the wake of Hurricane Maria.

Utopia Parkway: Mining the Midwest for the perfect laissez-faire social order (Baffler: No. 36, 2017, print and online)
If dystopia is utopia’s twin, and totalitarianism its dark shadow, capitalism is the dog nipping at its heels.

What Does It Mean to Provide Sanctuary for Immigrants — Or For Anyone? (Buzzfeed Reader: February 25, 2017)
Sanctuary is everywhere — in cities and churches, on campuses, at restaurants. But what does it all mean?

How a Terminal Became a Flashpoint in America’s Culture War (Latterly: January 30, 2017)
A report from O’Hare’s international terminal, on the day Donald Trump’s executive order banning immigration from seven majority-Muslim countries was implemented.

In Southwest Michigan, Many Aren’t Shrugging Off the March (Belt Magazine: January 24, 2017)
The New York Times went to Niles and all they found were a bunch of bumpkins. I tried to set the record straight.

Be Afraid (The Baffler: December 23, 2016)
On the power of fear, and why — in the wake of the election — it’s more important now than ever to learn to master it.

Seed or Weed: The Evolution of Chicago’s Bloomingdale Trail (Belt Magazine: September 22, 2014)
On seeds, weeds, gentrification, place, and memory. Originally written and performed for Theater Oobleck‘s June 2014 residency at the Hideout. Forthcoming in the anthology “Voices from the Rust Belt,” February 2018 (Picador).

The Sunday Rumpus Interview: Leslie Jamison (November 18: 2014)
In which essayist Leslie Jamison, author of The Empathy Exams, and I discuss Frozen, Taylor Swift, and the limits of empathy.

Empty Words: Why is the food world so scared to talk about hunger? (Time Out Chicago: November 22, 2012)
The cultural conversation around food has never been louder-so why is talk of hunger relegated to the grim corners of health and public policy? I don’t know the answer, but I gave it a whack in this Thanksgiving essay for Time Out Chicago.

Knocked Over (The Rumpus: September 2, 2012)
On accidental pregnancy and miscarriage, This piece is also included in the anthology Get Out of My Crotch (Cherry Bomb Books), published January 22, 2013, the 40th anniversary of Roe v. Wade. (Related: Fresh Air Fail: What Happens When Personal Writing Draws a Spotlight)

Irony In the Crosshairs (Chicago Reader, October 5, 2001)
A talk with Alex Shakar about his debut novel The Savage Girl and the much-hyped (and erroneous) death of irony after 9/11.

My Dinner With Charlie (Chicago Reader: February 2, 2001)
Unpacking Charlie Trotter’s obsession with excellence. (A Peter Lisagor award finalist, and the piece I blame for getting me into food writing. A revised version of this appeared in the Baffler in 2002.)

Beast in the East: In Moscow’s Exile, Hard News Jumps in Bed With Misogyny and Mayhem (Chicago Reader, July 13, 2000)
An early exploration of the methods of Matt Taibbi and Mark Ames, from their days at the debauched helm of Moscow’s English-language Exile. 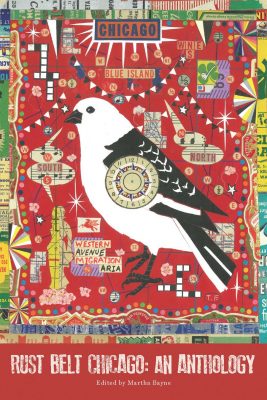